More miscellaneous '67 Voice ads and features, including some random semi-relevant ones that caught my eye.

From Popism: The Warhol Sixties:
In the spring, Stash, the son of Stanley from the Dom, called to say that he and the Dom bartender--a good-looking Irish guy, I remember--wanted to open a discotheque in a place he'd found uptown on E. 71st Street, a gymnasium, and that he wanted us to be involved--to revive the Exploding Plastic Inevitable there...The Gymnasium was the ultimate sixties place for me, because, as I said, we left it exactly as it was, with the mats, parallel bars, weights, straps, and barbells. You thought, "Gymnasium, right, wow, fantastic," and when you look again like that at something you've always taken for granted, you see it fresh, and it's a good Pop experience.
Chris Stein shares some recollections of the Velvet Underground's Gymnasium shows here and here. 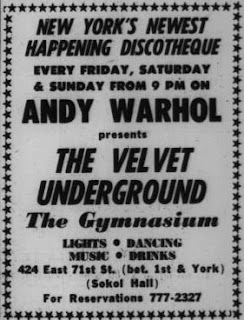 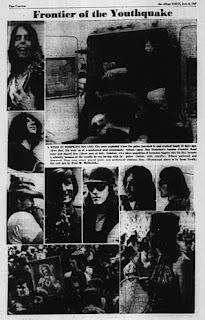 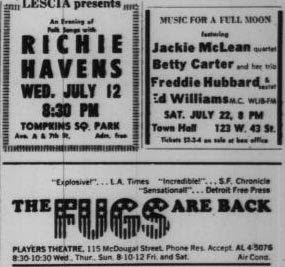 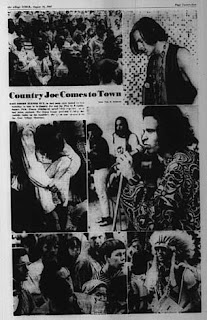 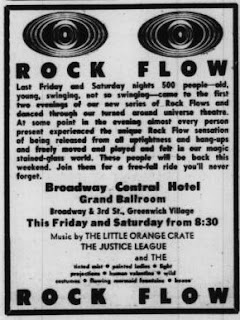 3/9/67 and several other issues: Harvey Kramer's "Rock Flow," an attempted series of happenings at the Broadway Central Hotel (future home of the Mercer Arts Center). Richard Goldstein gave these a less-than-stellar review in his "Pop Eye" column on 3/23/67.

3/9/67 issue: Dance to "some of the best Go-Go music in town" at the Hotel Diplomat's Crystal Room.

These rock & roll dance class ads were in just about every issue--I wouldn't mind some proper instruction in the skate, the booga-loo, the shan-gra-la, and the frug today! 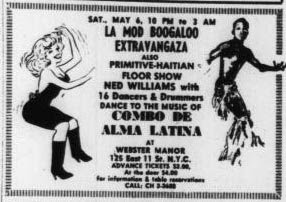 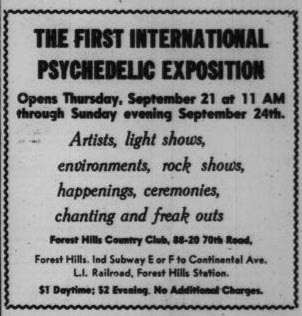 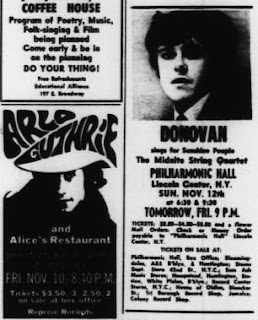 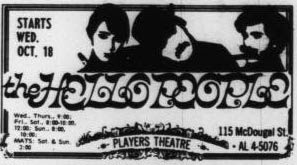 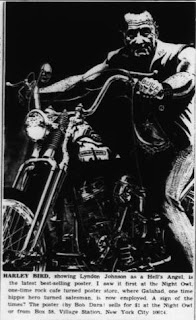 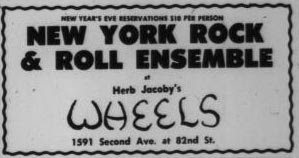 12/28/67 issue: I can't recall ever hearing of this place prior to seeing its ads, which seemed to start running around the fall of '67. Other ads mentioned folks like Amanda Ambrose and the Chicago Loop.

Well, that about does it for this year. I could go on and on--I barely touched any film, theater, restaurant, or retail store ads, which are often even more of a hoot--but I think I've shown you an adequate sample. '68 is missing from the archive, so the next series will focus on 1969.

NorrisBradwell04張 said...
This comment has been removed by a blog administrator.
6:02 AM

I and my friend Jim and our band were part of the "Flow" at the Broadway Central Hotel. We were students at the School of Visual Arts. Our band (Cougar and Dark's Shadow Show Blues Band) played for a set or two. Jim and I stayed up for about 30 hours, painting a giant mural in the ballroom.
What a trip THAT was.

Long time ago. Far away.

Thanks for elaborating a bit on these events--I appreciate it.