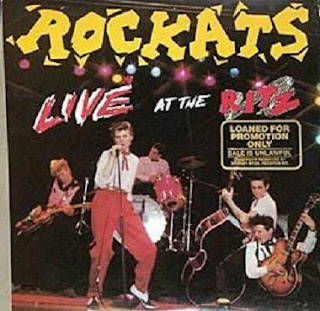 Or was it "lookin' after" you? It's been many years since I've heard those old Jerry Brandt Ritz radio ads so I hope I can be forgiven for any errors. Someday I'll get to my long-promised Ritz post, not to mention all the other posts I've wanted to do--other obsessions are occupying my time at the moment. Meanwhile the Times has done a decent write-up on Webster Hall's plans for restoring more live music to its roster, complete with a brief survey of the Hall's previous lives. Here's a brief excerpt:

March 8, 2009
Adding Bands to the Beat
By C.J. HUGHES
IT was back in 1953, when RCA Victor set up a studio in the Grand Ballroom of Webster Hall in Manhattan to achieve a level of reverberation that would help the label compete with Columbia Records. Perry Como recorded his “Como Swings” there in 1959, which displayed Como in slacks and a blue shirt on a golf course.
As the world changed, and music with it, so did the acts the venue attracted: in 1967, Jefferson Airplane staged its first concert in New York inside. On Dec. 6, 1980, U2 ushered in the post-punk era here — it was called the Ritz at the time — when it pounded out “I Will Follow” in its first gig in the United States. And on Feb. 2, 1988, Axl Rose of Guns N’ Roses, standing on the same stage, before screeching “Sweet Child O’ Mine,” inflated a condom like a balloon.
Since then, live music has been a rarity in the aging building on East 11th Street in Greenwich Village. Instead, the sound most often heard has been electronica, like house music, whose turntable-fueled beats scored popular dance parties where glow-stick necklaces were the accessory of choice.
Now, Webster Hall has finished a $3 million, yearlong renovation of its four-level space and live music has returned in force. D. J. booths have been removed to make way for new stages, and a new venue within the venue, called the Studio, has been added. House music will still throb, but the owners are betting that rock fans can be lured inside, too.

[UPDATE 11/24/2009: I recently found a TV ad for the Ritz on youtube that comes close to the spirit of those radio ads--except the radio ads used the Talking Heads' "Take Me to the River" instead of Falco's "Der Kommissar" for background music as I recall...]
Posted by Signed D.C. at 7:13 AM 3 comments: