Hallelujah--I've finally seen a picture of the Action House.  It was sold on ebay recently, but I caught it through a cross-posting on the Long Island and NYC Places That Are No More Facebook group.  Now all we need are some interior shots and performance pics. 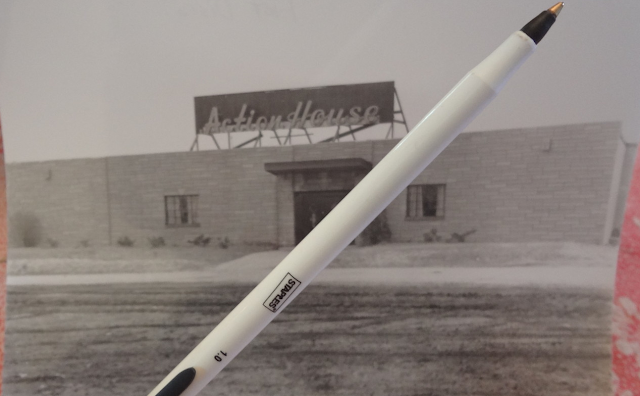 A Great Gildersleeves reunion show will be held at the Delancey on Saturday, Nov. 3.

On November 11, Anthology Film Archives will be holding a screening and panel discussion on the movie Get Crazy, as a benefit for the Greenwich Village Society for Historic Preservation.  This flick has truly eluded me--I barely heard of it prior to seeing an announcement for the event on the Fillmore East Archives FB page, other than the lousy review it got in the Hollywood Rock book.  Apparently it was a staple on '80s cable, but of course, I grew up in a cable-deprived household.  I rectified this by watching an upload of it on Youtube the other day. While it doesn't hold a candle to Arkush's masterpiece Rock and Roll High School, and I felt very little of the Fillmore East-inspired vibe I was expecting after the build-up of the GVSHP site's description, the flick definitely has its moments of trashy fun, not to mention a mind-bending anti-star-studded cast.

Of course you've heard that Kenny's Castaways closed down, as did Gimme Gimme Records.

For the past few days the NYC blog set has been creaming its jeans over Jeremiah's post on  Dead_Dolly's East Village flickr collection, with good reason.  One photo in her set inspired Alex at Flaming Pablum to ruminate on the Gas Station.  Also check out the pics Jeremiah posted of the now-empty Colony.

As per usual, I'm up to my ears in rock and roll books--but they seem to be coming out at an unusually rapid and prolific pace these days, no?  Only two of my more recent reads were of a New York-ish nature. I started Dick Porter's and Kris Needs' Parallel Lives, but had to set it aside for a while when more time-sensitive doorstop-sized titles (like the Neil Young and Pete Townshend memoirs) came in from the library. In the foreword, Porter and Needs write that they're working on a third book about a New York band, to complete the trifecta they began with their Dolls bio--care to hazard a guess on which band that could be?  The other book was Carol Miller's Up All Night, and I must thank Stupefaction's Tim B. for the tip. Although my musical tastes and radio habits eventually expanded far beyond AOR, I grew up with That Voice, and it was such a gas to learn more about her life and career. I especially loved her account of her Queens childhood and Long Island adolescence, and the conflict between her straitlaced/studious Jewish upbringing and the wicked lures of rock and roll--I ain't Jewish, but could still totally relate!  (Also learned a fun geographic fact--there is a 108th Street in Richmond Hill.  That road is the nearest main drag from my childhood home in Corona, but I always thought it ended at Queens Blvd. and 71st-Continental--who knew it had an extension south of Forest Park? Speaking of Corona, I had another fuzzed-out Facebook moment when I stumbled upon this photo album of a local '60s garage band called the Change-In-Tymes! Cool-ass stuff like that was long gone by the time I was a resident, I tell ya.)

And I'll close off with another thanks to Tim B. for locating a fine time-portal to the entrance of Hurrah.

Someday I'd own me a nightclub 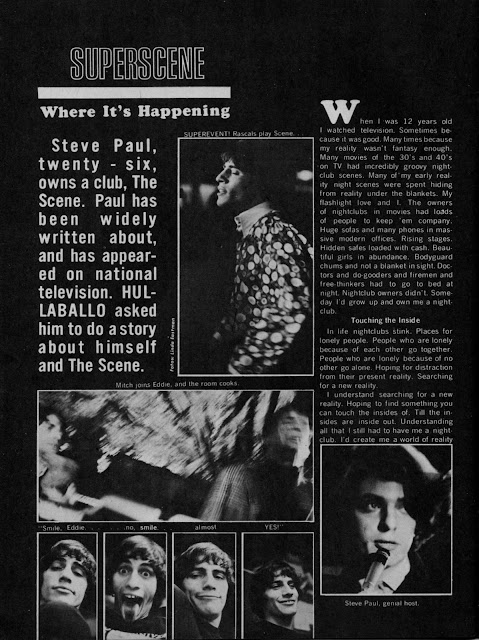