Selected 1969 Voice ads for shows at the Singer Bowl and the New York State Pavilion. As I mentioned in the previous post, these were too tall to fit into the little Google Archives viewing window, so I had to bisect the close-ups--sorry! 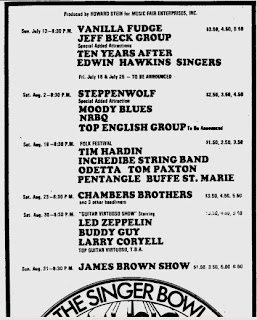 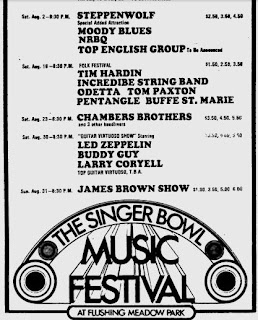 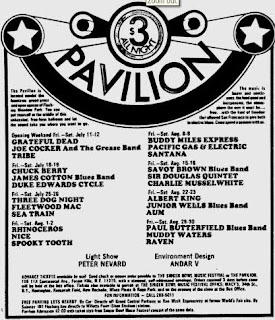 6/12/69 issue. As we'll see, most of the Singer shows were moved to the Pavilion. And I'm not so sure the James Brown show actually came to pass. 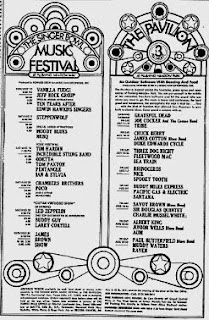 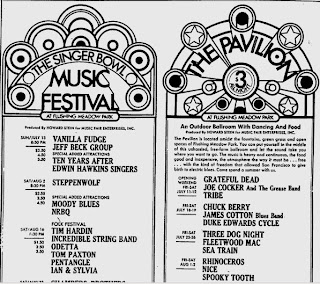 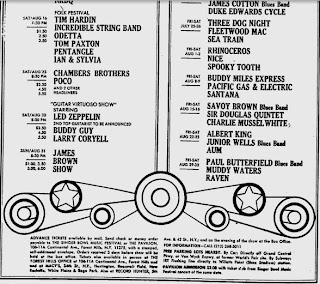 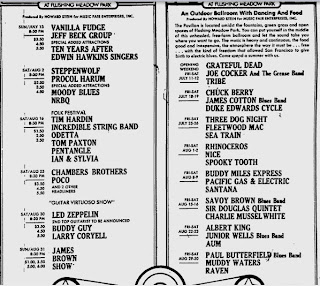 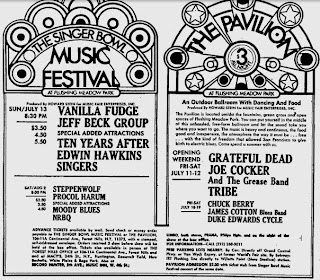 7/10/69 issue. Annie Fisher's "Riffs" column in the 7/18/69 issue included a review of the Dead show, with a not-so-favorable assessment of the Pavilion's atmosphere. 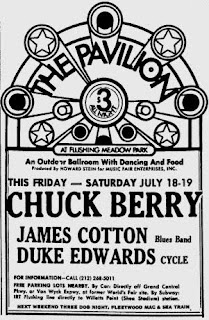 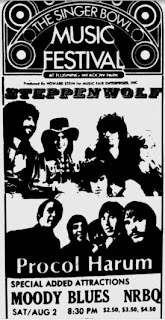 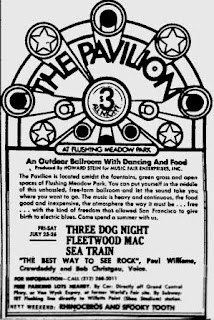 7/24/69 issue. "The Pavilion is located amidst the fountains, green grass and open spaces of Flushing Meadow Park. You can put yourself in the middle of this unhassled, free-form ballroom and let the sound take you where you want to go. The music is heavy and continuous, the food good and inexpensive, the atmosphere the way it must be...free..with the kind of freedom that allowed San Francisco to give birth to electric blues. Come spend a summer with us."

7/31/69 issue: Procol Harum and Steppenwolf shows moved to the Pavilion. In the original Singer ad, it appeared that they were both to play together (with Rhinoceros and Spooky Tooth) on 8/2...but it looks as if they ended up splitting the headliners across two days at the Pavilion--Procol Harum on 8/1, Steppenwolf on 8/2. 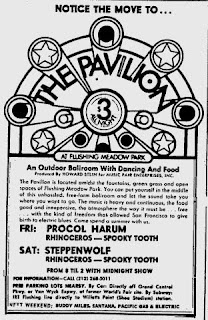 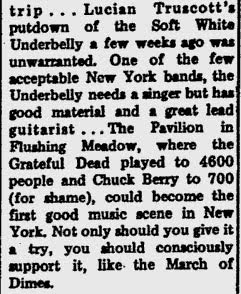 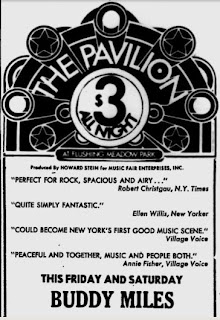 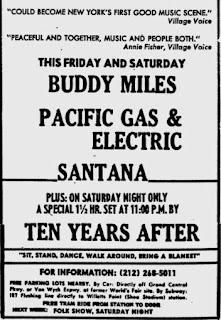 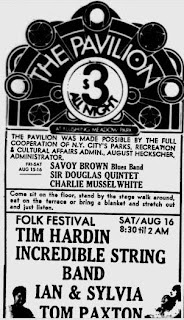 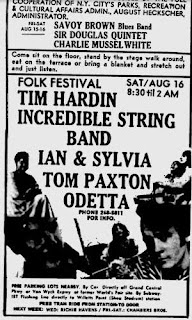 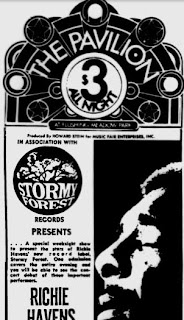 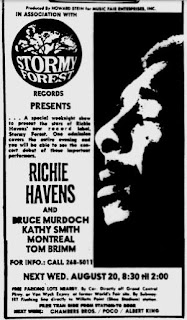 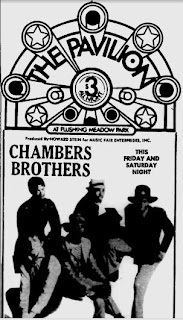 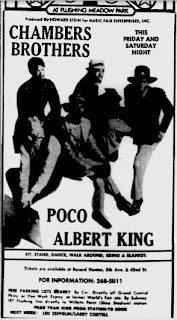 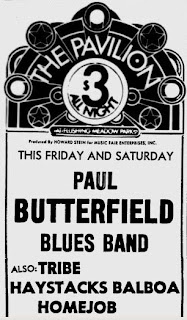 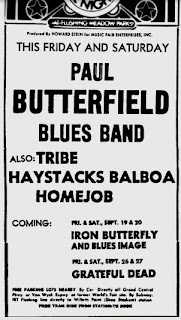 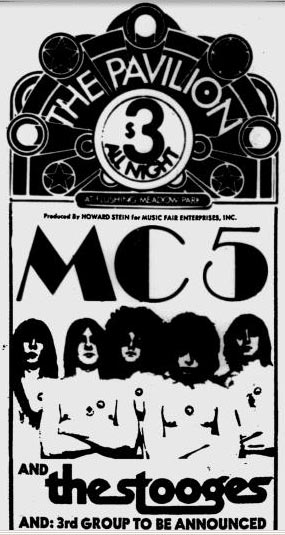 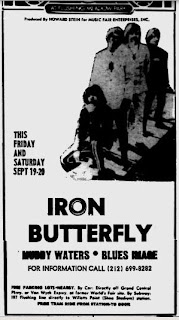 UPDATE 6/23/2010: I almost forgot, the Pavilion is mentioned a couple of times in Mickey Leigh's memoirs, I Slept with Joey Ramone--which I'm just over halfway through at the moment, and which may turn out to be my all-time favorite Ramones-read. From page 66: "John [Cummings/Johnny Ramone] showed me how to sneak into the former New York State Pavilion in Flushing Meadow Park, where they were now having rock concerts. After we climbed over several fences and skirted security, we heard the MC say, 'Ladies and gentlemen, here's Joe Cocker!' So we left." And from page 203: "Like Simon and Garfunkel and Leslie West, Gary [Kurfirst] was a Forest Hills boy who'd made it to the big time. He'd become a rock concert promoter who, even at age twenty, was already presenting big shows at the Singer Bowl and the pavilion in Flushing Meadow Park, as well as other large-scale shows in the tri-state area. These were shows we'd always bought tickets for--or snuck into."

I love how the 7/24/69 ad says San Francisco gave birth to the electric blues. I know what they are implying, sort of, but it comes out sounding absurd.

Just found this. Very cool...thanks so much for putting this together! I was at many of those concerts. So many memories. Sure miss those times, when there was so much exciting stuff to look forward to....