I can get some, sa-tis-fac-shun 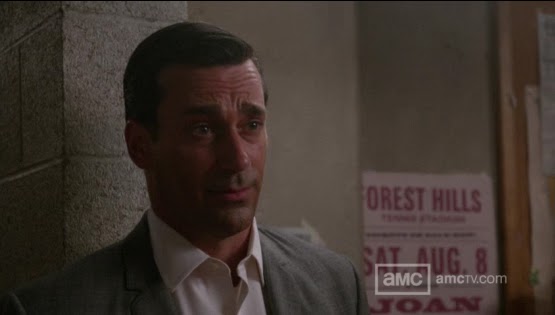 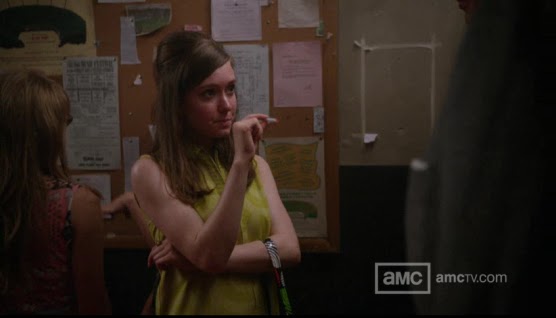 No Mad Men episode has ever given me as intense a '60s rock and roll geek-gasm as last night's did.  I think the only '66 Forest Hills Music Festival poster in view is the white one beside the girl in the pink dress (the Joan Baez poster behind Don and the green and yellow flyer in the lower right corner of the corkboard are '64 I believe--not sure about the large one in the upper left corner)...but I must admit that I had no idea the Trade Winds were among the openers for the Stones that night.  As if all the backstage boogie and Bewitched jokes weren't enough, they also threw in a Queens Boulevard White Castle reference.  Jeez, even Betty's thyroid issues hit close to home for me.  Kill me now, 'cause I can't see any more episodes being quite as perfectly up my alley as this one--and yet I hope to be proven wrong!

Article from Feb. 2011: "Will Forest Hills Stadium Rock Again in the 21st Century?"

EDIT 4/4/2012:  I just started reading Johnny Ramone's Commando. Apparently he kept meticulous records of every rock show and movie he ever went to see, and saved all his ticket stubs...and his stub for the Stones show at Forest Hills is reproduced in the book!  I'm only up to chapter 3 thus far so I can't give a fully-formed review--and besides, that's already been done far better than I could do it.  But I'm digging it so far, especially his succinct summation of his time as an NYC rock scene spectator in chapter one.  [Sample reminiscence: "I knew people who went to Woodstock, and I knew that I didn't want to sit outside on the ground, in the mud.  That just sounded bad.  I told them they were crazy.  I had seen all the bands that were playing it anyway."  And he bought his first Stooges elpee at Alexander's!!!]  Something's missing though.  As in other Ramone-bios (particularly the Joey-centric ones), we are told about Johnny's hep fashion sense prior to the Perfecto jacket/jeans/t-shirt uniform, but we aren't shown it in pictures.  We see him in his Little League outfits, and we see him in his military school getups, so why are we denied the chance to see how he looked clad in leopard print and silver lame?  C'mon, keepers of Ramones-abilia, release such shots...at this point it's not gonna tarnish the mystique, it'll only enhance it!