Should have put these up earlier; it's probably gone by now. A phony Apollo marquee was recently, and surreally, erected on Yonge Street. Apparently it's for a sequel to The Hulk. I wonder if Bruce Banner will break out into song: "Up to Lexington, One-Two-Five, feel green and angry, more dead than alive..." 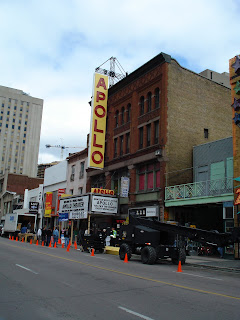 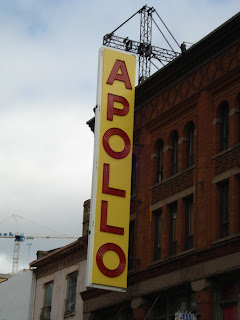 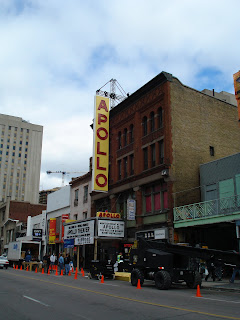 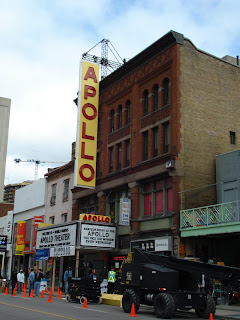 I had to take one last snapshot of Sam's. Somebody forgot to shut off the twinkling SAM lights at the roofline. 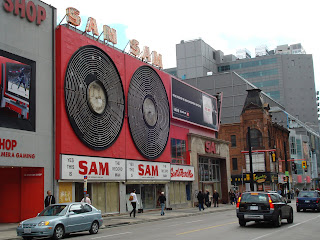 Where ya goin' to?

Another fab Mary Weiss interview, replete with Brooklyn Fox and NY Paramount memories, appeared in the 9/28/2007 issue of the New York Sun. [I'm assuming the author is the same Bruce Bennett, a.k.a. "Il Bruce," of A-Bones and The Hound fame, but perhaps I'm mistaken?]

"It was bizarre," Ms. Weiss said of the Shangri-La's appearances in and among eight to 10 other acts in William Fox's now demolished "Siamese-Byzantine" show palace monument to himself on Flatbush Avenue. "You'd get there in the morning, and the whole cast had to be onstage for the opening. Then you go back upstairs. The elevator never worked and they'd have you on, like, the sixth floor. Then you'd come back down and do your set, five songs, six songs, or whatever. Then you go back up, then come back down for the finale. And you'd do that seven times a day. It's insane, absolutely insane. Murray the K would have it running for weeks. It was a grind."
The upside was, of course, the company that the Shangri-Las' endurance on the pop charts allowed them to keep. "There were so many great people that I worked with and got to meet there," Ms. Weiss said. "The Rascals, the Zombies, Dusty Springfield, Marvin Gaye, you name it." Meeting the headliners at a gig farther up the street at the Brooklyn Paramount was another story. "The Paramount was with the Beatles," she said. "It was weird. They had them on one floor and everybody else on the show on another floor. It was very strange."
Though the Fab Four remained safely cloistered for the bulk of the show, one delegate from either group did eventually go boot to boot. "Mary Ann was backstage and somebody was shoving her," Ms. Weiss said. "She turned around and it was Ringo. So that was some contact, anyway. I almost wanted her to take his drumsticks."
Posted by Signed D.C. at 1:42 PM No comments:

"I did not know that," she said all Carson-like

A while back I heard that the former Gramercy movie theater--my main local screen back when I lived at the Hunter dorms--had been converted to a venue called the Blender Theater at Gramercy, but somehow it completely escaped my radar that Irving Plaza's name was changed to, ahem, The Fillmore New York at Irving Plaza as of last April. Pardon my delayed-reaction flabbergastedness. 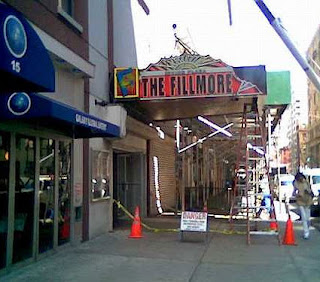 Update-o-rama tidbits have been added to the ancient posts on Trude Heller's and the N.Y. Pavilion.
And now a sad farewell to a flesh-and-blood NYC landmark. RIP Bill Peitsch, the most fun-loving rock & roll character I ever met. Whether you saw him onstage or in the audience, if you were somewhere in his presence you were in for a blast. Nobody could liven up a room quite like him, but I understand that behind all the beer-hoisting boisterousness lay a truly kind and generous soul. All's I know is, I knew I'd finally become a bona fide garagenik when he first said "hi" to me. Though I hardly knew ye, I'll never forget ye. 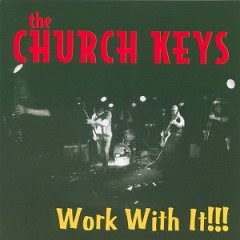 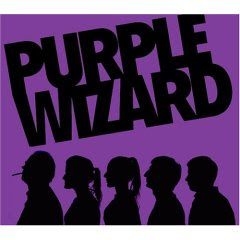 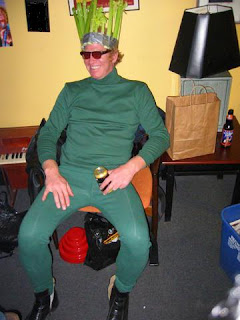 Thanks to good ol' buddy Bruno for the tip. Savage Cabbage forever!


[EDIT: For a glimpse into my addled expat mind, see also this 9/2/2007 Times article, Dodging Potholes Along Memory Lane.]
Posted by Signed D.C. at 6:13 AM No comments: