Selected Voice ads for Steve Paul's the Scene, January through June, 1967. Issue dates and other pertinent info (when hard to read in the ads themselves) are in the captions. 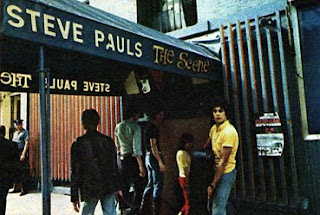 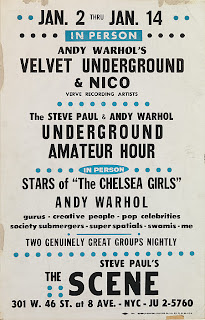 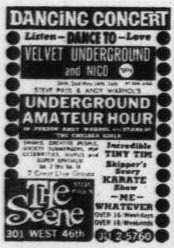 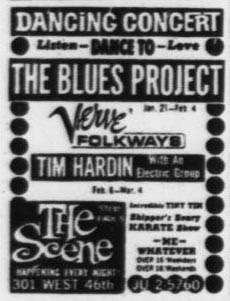 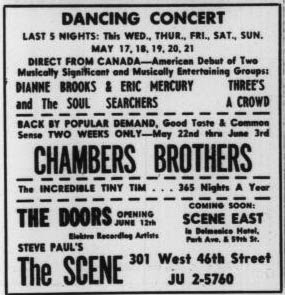 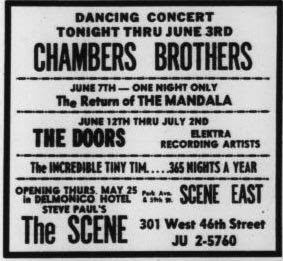 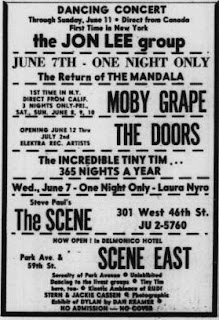 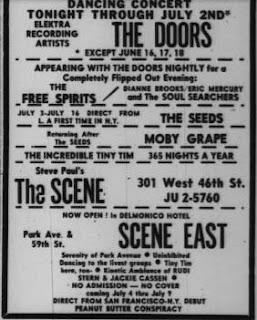 6/15/67 issue:
The Doors (thru July 2, except for June 16-18 when they played the Action House).
"Appearing with the Doors nightly for a completely flipped out evening: The Free Spirits and Dianne Brooks/Eric Mercury with the Soul Searchers."
The Seeds, July 3-16, "Direct from L.A., First time in N.Y."
Moby Grape, "returning after the Seeds." 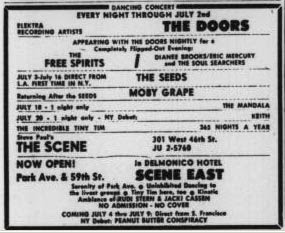 6/22/67 issue.
Doors/Free Spirits/Soul Searchers as above
The Seeds (July 3-July 16)
Moby Grape, returning after the Seeds
The Mandala (July 18)
Keith (July 30--he must have not done the May date advertised above, for this is being called his "N.Y. debut.")
At Scene East, "Coming July 4 thru July 9, Direct from S. Francisco, NY Debut: Peanut Butter Conspiracy." 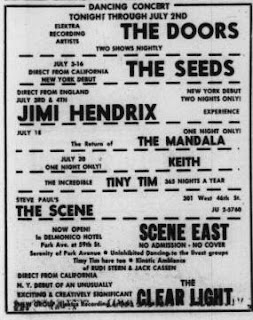 6/29/67 issue
Doors & Seeds as above, but no mention of Moby Grape.
The Jimi Hendrix Experience (July 3-4, "Direct from England, New York Debut."
Keith (July 30)
At Scene East, "Direct from California, N.Y. debut of an unusually exciting & creatively significant new group, the Clear Light." No dates given.
Posted by Signed D.C. at 9:32 AM